Do Curses that persist go away? Not unless the Curse itself says so. Sucks to be cursed, but, well, you knew that. Some of my cards have weird symbols on the bottom. What do those mean? Those are set icons, designed to let you separate your sets and to tell where a card comes from if you want to look at this FAQ or the errata page for that game.

Click here to see a page showing all the icons in use. If something tells me to draw a face-up card but the discard pile is empty, what should I do? Never draw from the discards unless you are specifically told to do so. A face-up draw means take the top card from the appropriate deck and turn it over for everyone to see. A face-down draw means take the top card from the deck and put it in your hand, or play the card if it is legal to do so at that time. This says to pick a random card from my opponent's hand, but I can tell his Doors from his Treasures.

May I use that information? If it's important to your group that choices be truly random, then either close your eyes when you pick a card, roll a die, or have the other player mix up the cards below the table and you tell him which number card you want. What do you mean by cards in play? Do cards in my hand count?

Cards that are in your hand are not in play and don't count as anything but cards until you play them. For instance, if you are told to lose your Armor and you have an Armor card in your hand, you can't lose that one.


Your cards on the table are cards in play and these represent what they say they are. For example, a Race card is a card and a Race.

Okay, gotcha. But if I have to discard a card, do I discard from my hand? Or in play? If you have to discard and it doesn't specify from where, you can choose any of the cards you possess. Is an Item the same as a Treasure card? See Important Note 5. 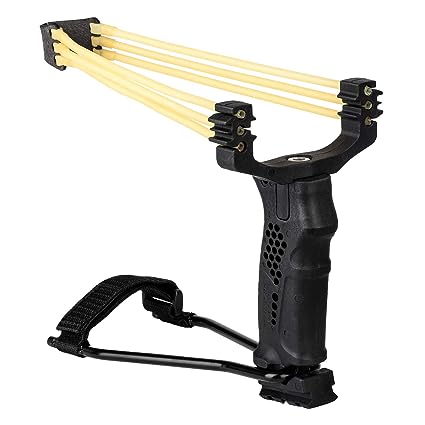 No, you munchkin. Giving is voluntary. The key difference is that the giver gets to choose what card to give you. When does a card move from play to discard? For example, if I use a one-shot Item during combat, is it in play during the entire combat or does it immediately move to the discards? The one-shot card does not move to the discards until the battle is over. However, you no longer "own" that card, unless someone plays something to reboot the combat and return all cards to their owners, in which case you resume ownership.

On my turn, we played a bunch of cards into a fight, and the player to my left is a Cleric. He started to put the cards on the discard pile in the order he wanted — is that legal? The player whose turn it is discards everything. If the order is important, he sets that as well. If it's a liquid in a container, it can be considered a potion.

But note that other types of one-shot Items, such as Grenades and Ichors, must include that specific word! Potions are special. Also note that Ichors aren't Potions and Potions aren't Ichors.

Must I put my "usable once only" Items on the table before using them? All one-shot Items those which say "usable once only" may be played directly from the hand or from the table unless the card says otherwise. Exactly what is a "weapon"? In a more rigorous game, we would have labeled all the swords, axes, etc. As a general rule, any item that uses Hands and is not already labeled as something else can be considered a weapon, as can items like the Singing and Dancing Sword that are obviously weapons. Can you sell Items that total less than 1, Gold Pieces, just to get them out of circulation?

If the Items aren't worth a total of at least 1, Gold Pieces, you can't sell them. But "No Value" must appear on the card! If a card has nothing at all listed for a value, it is not an Item and cannot be sold. The rules say that cards in play must be traded or discarded. When can I discard them? This depends on the type of card. First, it must be in play in front of you no discarding other people's cards, silly. Curses that remain on the table in front of you cannot be discarded.

Item cards are the only cards that can be traded, and, as long as they aren't prevented from being discarded say, by a Curse , can only be discarded in the following ways:. When can I equip or unequip my Items? You may change the status of your Items at any time that you are not in combat or otherwise engaged e.

See Important Note 2. I heard some people talking about a "backpack," but I can't find that term in my rules. Are my rules out of date? Some experienced Munchkin players use the term "backpack" to talk about Items that you are carrying but not currently using, but that term is not found in any official rules and we discourage its use. To add to the mess, there are a couple of Treasures that actually are Backpacks and mean something entirely different. Really, it's best not to use the term. Can I unequip one Steed to play another?

I have a card that says it gives me an extra Hand, but it says "-1 Hand" at the bottom. What's the deal? If you add up the numbers of Hands on your cards in use, you're OK as long as you get 2 Hands or fewer — that's why cards that give you extra Hands are negative. The card seems to say yes, but the other players said I couldn't play a Reloaded Die on my own roll. You can only play a Loaded Die on your own roll, not on someone else's roll. You can only play a Reloaded Die on someone else's roll, not your own.